In May 2019 Mike Thomas organised a 10-day bed & breakfast tour of Sardinia.  8 members of the Club flew from Luton to Olbia  and moved on each day, except for a rest day in Bosa on the west coast.

Like most Mediterranean islands Sardinia is mountainous, so our cycling involved a fair bit of climbing from time to time.  From Olbia we cycled south to Orosei and turned west, inland on a scenic route through the mountains to the west coast at Oristano. The first day had been very wet and cold as might be expected in the Mediterranean at this time of year, but thereafter the weather was pretty good except for another wet day in Bosa.  Luckily we had planned a rest day there, so we didn’t have to cycle but sightseeing was reduced to dodging between cafés – it was tough.

We continued north on the spectacular coast road, enjoying the wide variety of flowers in the roadside verges, to the north coast, where we were treated to views of Corsica.  The terrain changed into a granite landscape on the north coast reminiscent of Dartmoor, but with more flowers and then a return down the north east coast to Olbia.

The Italian drivers were generally courteous, although they all hooted when they overtook (as if you couldn’t hear them coming anyway!), but it was all good natured. As far as possible we managed to use quiet roads and the road surfaces were mostly good. An exception to this was a narrow road climbing through the mountains with an incredibly coarse tarmac surface effectively doubling the gradient.  Our route also took us down an unsurfaced road, which would have been better described as a boulder field.

Fortunately our bikes only required a few minor mechanical tweaks and we had one puncture between us, which was caused by the valve parting company from the inner tube.

Thank you Mike for a well planned tour, enjoyed by everyone. Perhaps the highlight was staying in an “Agro-turismo” establishment that was well off the beaten track.  Accommodation was in a group of small cabins with an outside area where we could sit and admire the view with a beer at the end of the day. 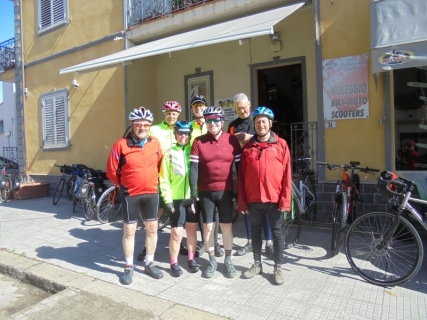 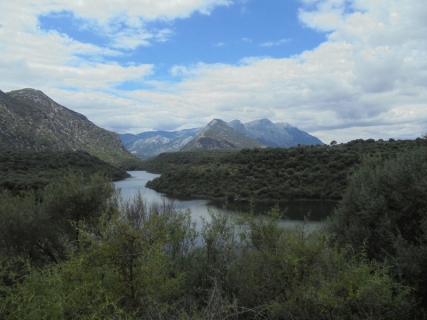 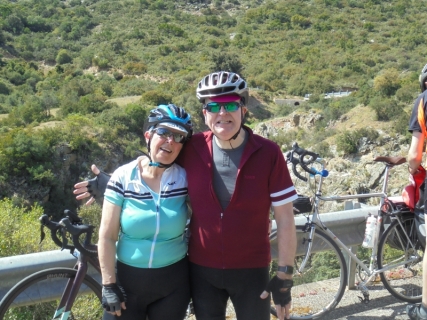 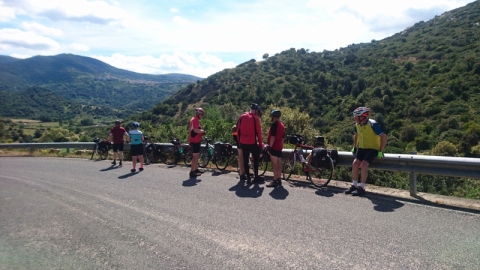 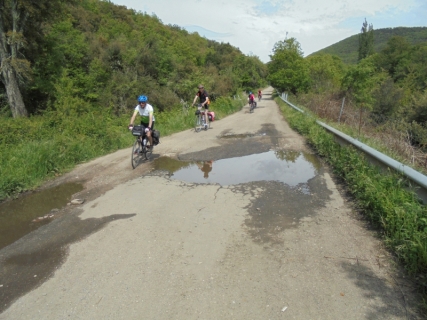 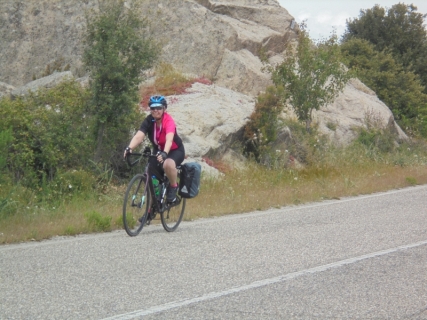 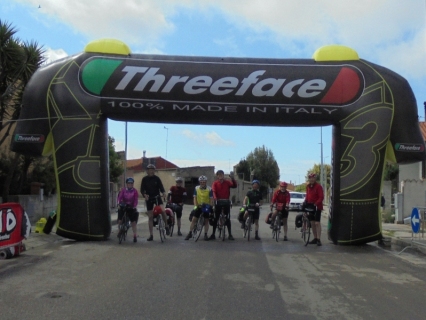 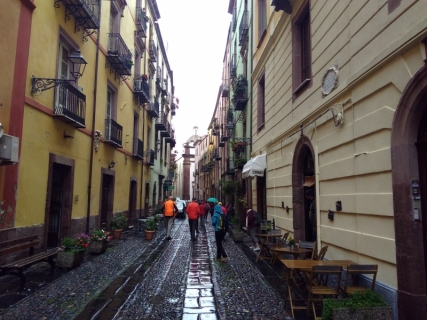 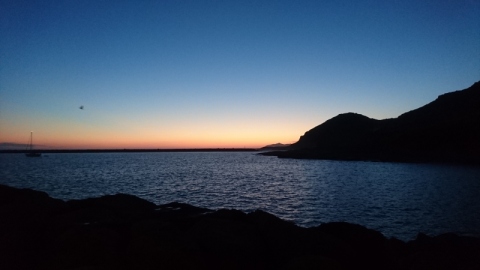 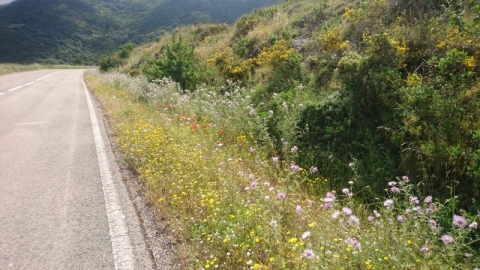 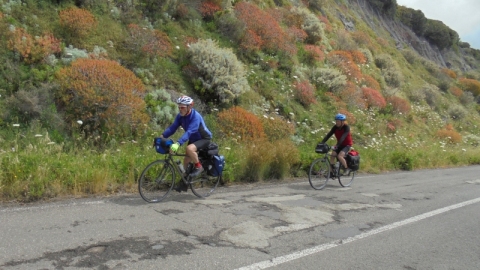 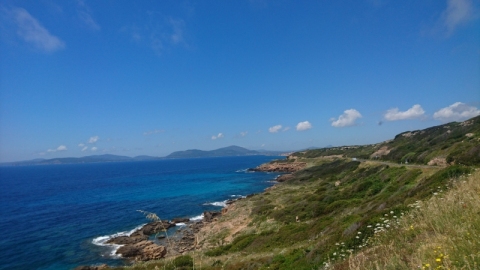 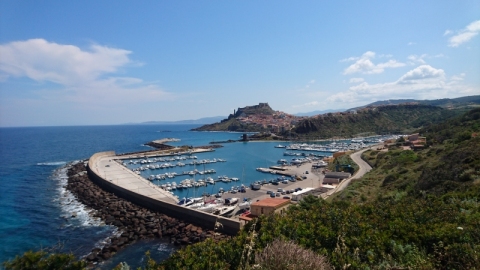 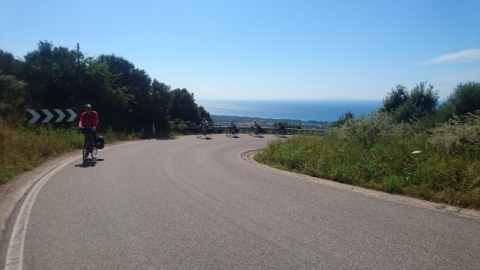 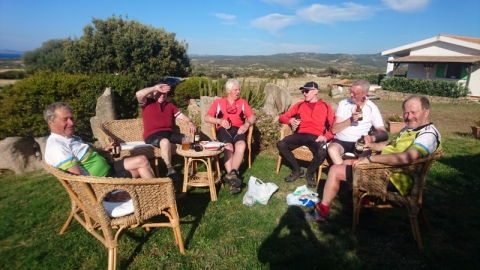 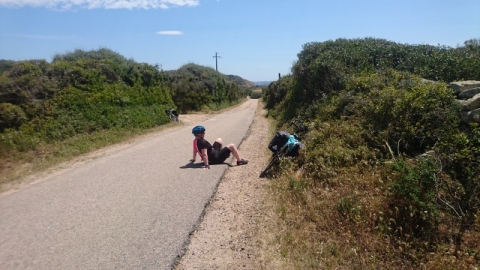 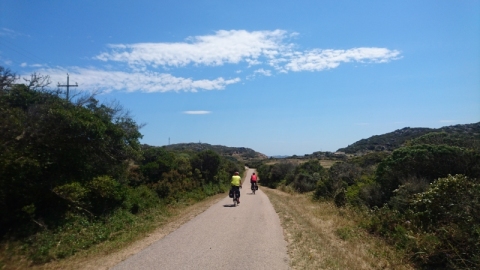 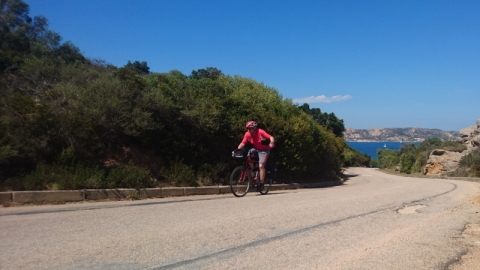 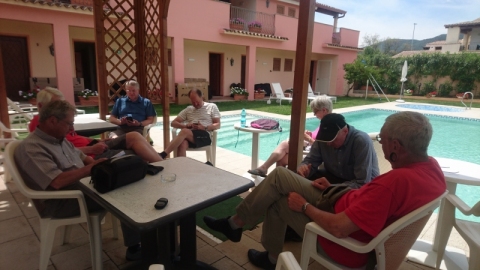