Forty-nine riders, with ages ranging from 51 to 2-riders (Roger Hollerton and Brian Turner) both 79 years old, gathered at Binley Woods Village Hall on the eastern fringe of Coventry. After a quick coffee everyone was keen to get going and were sent off in groups of ten with the first group leaving at 0745hrs.

Regular riders on our Tri-Vet events were unsurprised to quickly find themselves on a track to Coombe Abbey, but the tarmac was soon regained, and good progress was made on mostly quiet roads to Sibbertoft: a small Northamptonshire village at the top of the biggest climb of the route.  Our efficient team of caterers were in the village hall in Sibbertoft to welcome us with copious quantities of tea, coffee and home-made flapjack.

After a short stop we were on the way again into the narrow lanes of Rutland, which became noticeably more undulating. There was also a delightful gated road from Blaston to Horninghold before riding beside Eyebrook Reservoir to Great Easton for lunch. The ladies of the local WI provided us with an excellent lunch, including a selection of home-made quiches, efficiently served and keeping delays to a minimum.

We were now past the halfway point, so we headed south and west to Arthingworth and Naseby along a lovely quiet, narrow lane – hard to believe it was only yards from the A14 dual carriageway.  We stopped briefly by Thomas Fairfax’s view at Naseby, but there didn’t seem to be a lot of enthusiasm for Civil War history!

On leaving West Haddon we were treated to one of the gems of Northamptonshire: a succession of narrow gated roads to Yelvertoft through Winwick.  Nearly home we crossed the infant River Avon to Catthorpe and followed another single-track road to Bretford.
Back at Binley Woods we were welcomed by our second catering team, who dispensed more tea and cakes – we’re very easily pleased!

We don’t have to wait three years for the next 100-mile ride because CTC Coventry will be 100-years old in 2-years’ time and there will be a 100-mile ride to celebrate – but you won’t have to be over 50 to take part… do you know anyone who qualifies?

Here are pictures of some of the highlights captured by our photographer. 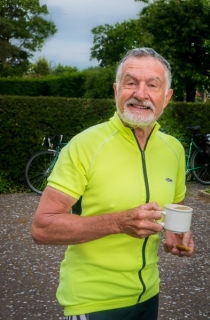 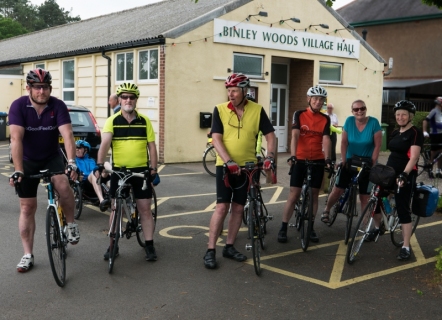 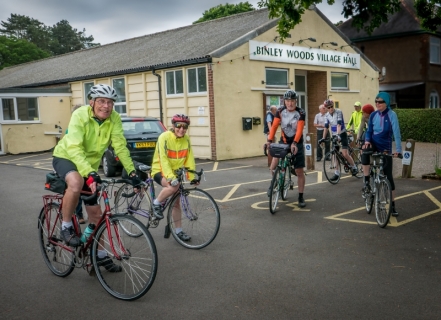 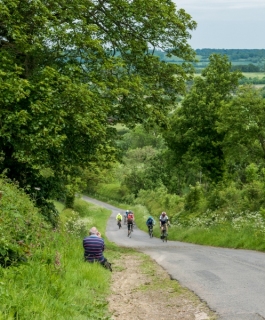 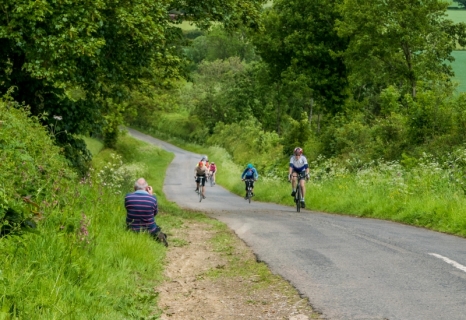 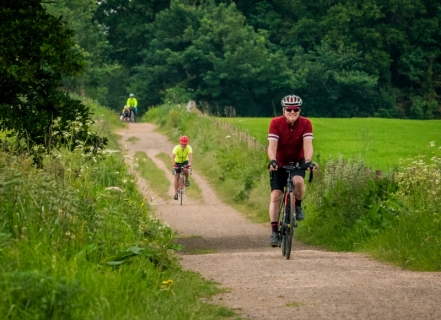 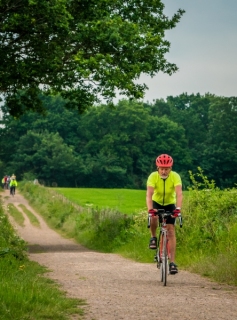 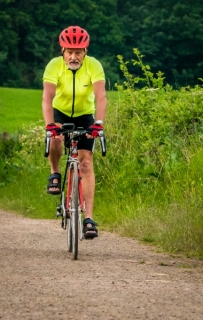 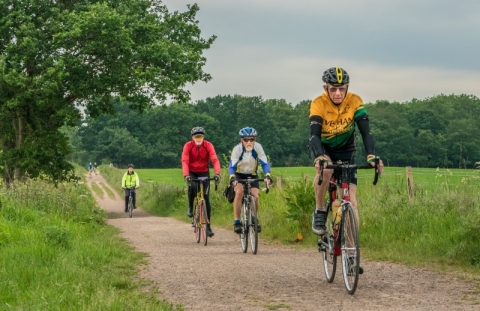 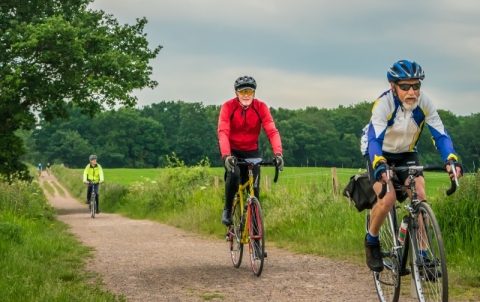 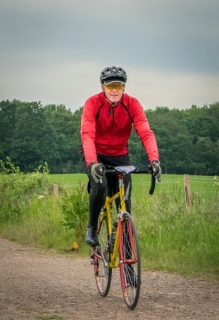 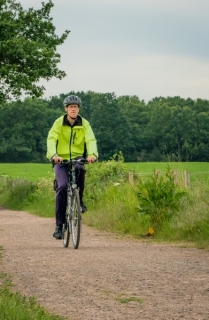 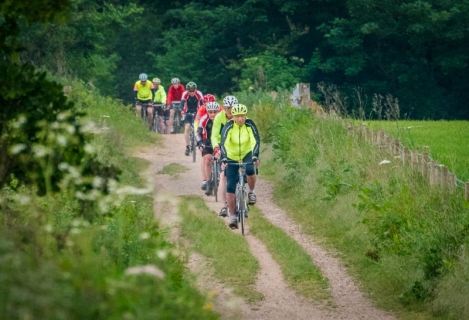 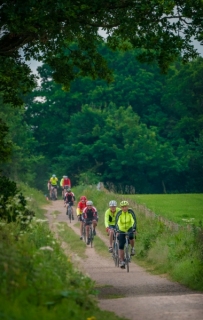 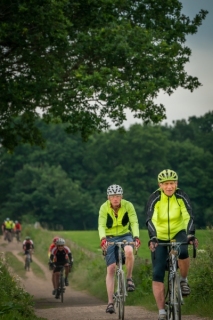 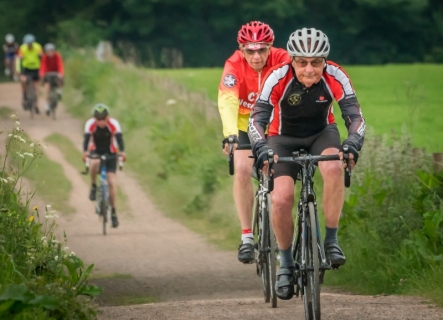 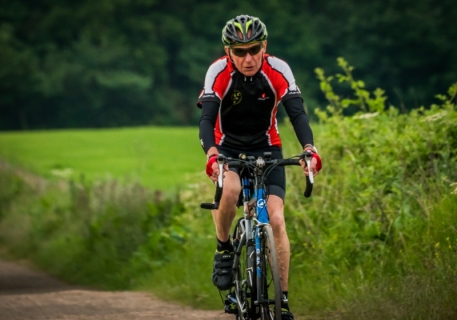 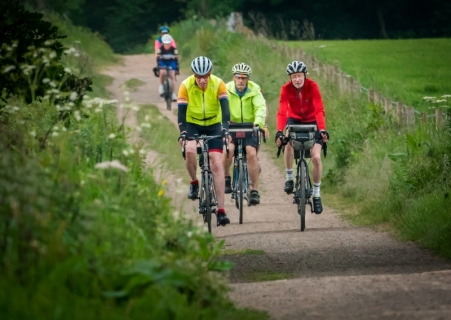 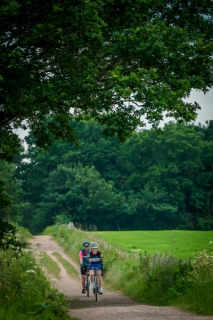 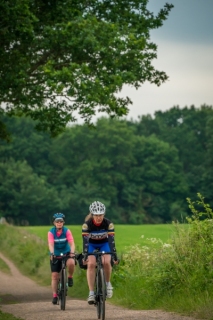 CLUB RIDES – Obviously with the new lockdown rules Group rides are not possible so our rides programme is suspended until further notice.  See the Club Bulletin for details

Thank you to Dave Hearn for leading on my first cycle ride. The pace was relaxed and the welcome was... showmore

Quiet country lanes to Hatton World, back via Baddesley Clinton. Many thanks Marina for such an interesting... showmore

by Jill Seamen on CTC COVENTRY
Ride to Wren Hall

Many thanks to Vicky for leading one of yesterday's rides and an especial thanks to Bob for thinking... showmore

Thank you very much, Mike, for leading us through the beautiful country lanes and mavellous parks to... showmore

Thanks Libby for your leading debut on an off-road route between Balsall Common and Warwick. It gave... showmore